Few days after Isis Paris attacks, 20 countries met in Antalya for the G-20 summit. Where? In Turkey: Isis main supporter. For Erdogan, it was an excellent opportunity for Putin to surrender. Putin: Ok, Erdogan, I will do whatever you want but I beg you don’t harm my people anymore. Erdogan: Putin be wise. See your colleague Obama how wise he is: We’ll do what’s required to keep the American people safe. (Not like Putin how caused the aircraft crash in S 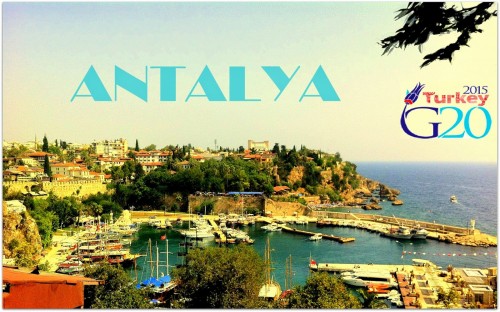 inai). (It means that Obama thinks that he will be judged only on this criterion… It means that all the dirty work he did during his presidency will not be counted as long as it does not harm his people. But how can you burn the Middle East as if you are just spitting and you expect that you will not be punished? How can you lie by saying I am fighting Isis without really fighting them and you expect that you will not be punished?). What the Eu must do, if they have still some honor, is to deny the last forged Turkish parliamentary elections which gave to Erdogan the exact result that will allow him to change the constitution. Or are you happy to get a new dictator? But this had not been the Russian attitude. On the contrary:

Putin: ISIL Financed by 40 Countries, Including G20 Member States. “I provided examples related to our data on the financing of Islamic State units by natural persons in various countries. The financing comes from 40 countries, as we established, including some G20 members,” Putin told reporters following the summit. “I’ve demonstrated the pictures from space to our colleagues, which clearly show the true size of the illegal trade of oil and petroleum products market. Car convoys stretching for dozens of kilometers, going beyond the horizon when seen from a height of four-five thousand meters,” Putin told reporters after the G20 summit. “A part of the Syrian opposition considers it possible to begin military actions against Isis with the assistance of the Russian air forces, and we are ready to provide that assistance,” the Russian president said. If this happens, the army of Syrian President Bashar Assad, on the one hand, and the opposition, on the other hand, will fight a common enemy, he outlined.

Turkey’s Double Game with Isis. Ankara’s support for Isis and other jihadist groups became undeniable in January 2014 when Turkish prosecutors sent a team to search three trucks in the southern province of Adana. (More…). Us intentionally spare Isis in Syria, want terrorists to weaken Assad. Despite announcing ambitious plans for its coalition against Islamic State (Is, formerly Isis/Isil), “the analysis of those [Us-led] airstrikes during over a year lead to conclusion that they were hitting selectively, I would say, sparingly and on most occasions didn’t touch those Is units, which were capable of seriously challenging the Syrian army,” Lavrov told the Rossiya 1 channel. “Apparently, it’s a kind of a ‘honey is sweet, but the bee stings’ situation: they want Is to weaken Assad as soon as possible to make him leave somehow, but at the same time they don’t want to overly strengthen Is, which may then seize power,” he explained. The Us stance “seriously weakens the prospects of Syria to remain a secular state, where the rights of all ethnic and religious groups will be provided and guaranteed,” Lavrov added. According to the minister, Russia’s assessment of the Us-led anti-terror operation in Syria “is based on observations of specific results and there are little results, not to say there are none – except the fact that during this period [since August 2014]the Islamic State has grown on the territories they control.” He also said that Western claims that Russia’s air forces have been hitting peaceful civilians in Syria are “groundless.” “We… are doing this (conducting air-strikes) in a step-by-step manner and don’t divide terrorists into those that could help us solve some tactical problems in the hope that they would be dealt with later, but 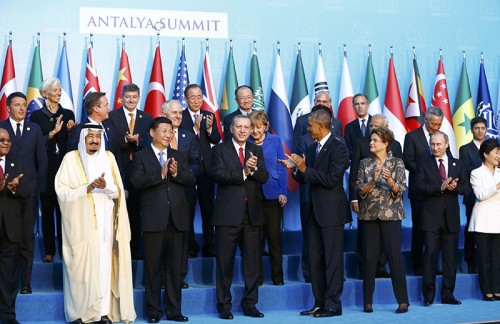 Members of the Group of 20 (G20) applaud after posing for the traditional family photo during the G20 leaders summit in the Mediterranean resort city of Antalya, Turkey, November 15, 2015. REUTERS/Murad Sezer

hit everybody, who profess and preach the terrorist ideology,” Lavrov stressed. Also on Tuesday, the Russian foreign minister visited the French embassy in Moscow to express condolences over the Islamic State attacks in Paris last week, in which at least 129 lives were lost and over 350 people were wounded. “The barbaric Islamic State plots must be prevented. Our sorrow, our anger should help put aside all secondary issues and unite the efforts of Russia, France and all other countries in the merciless fight against terrorism, forming a truly global military coalition,” Lavrov wrote in the Book of Condolence.

Russia said Wednesday that following the carnage in Paris it was now clear that global powers should unite without any preconditions on the fate of Syria’s embattled leader Bashar al-Assad. “It seems to me there are no longer any doubts that it is simply unacceptable to put forward any pre-conditions for joining forces in the fight against terror,” Russian Foreign Minister Sergei Lavrov said after meeting his counterpart from Lebanon Gebran Bassil in Moscow… “If the French government is not serious in its fight against terrorism, we will not waste our time collaborating with a country, government or an institution that supports terrorism,” the Syrian president told the magazine Valeurs Actuelles on Saturday. “You have to first change policy … to be part of an alliance that joins countries only fighting terrorism and not supporting them.” On top of all this, it’s also the right call. Regardless of how terrible a despot Assad is — although not so bad that the Obama administration and Hillary Clinton refrained from describing him as a “reformer” — the actual threat to Us and Western interests comes from Isis. Until the last few weeks, Obama posited that Isis was already declining and that removing Assad would hasten their collapse. That is clearly wrong, and now we have a quasi-state that has turned from consolidating its position to striking their enemies abroad. The priority is obviously Isis, not Assad. The Eu will need Russia on their side, especially since Obama has made it clear that he has no interest in applying any more effort in fighting Isis. The only one who doesn’t seem to grasp the shift, at least so far, is Obama. Smart power.

Today President Putin announced that the destruction of a Russian airliner with 224 people on board over the Sinai peninsula had indeed been an Islamic State terror attack. Traces of explosives were found on parts of the debris. The Russian mission in Syria is no longer just to help the Syrian government but is now a matter of Russian national self-defense. The Russian parliament was not shy in assigning guilt: “The recent tragic developments confirm the topicality of Russia’s continuous warnings that permanent destabilization in the Middle East by those who claim global dominance, primarily the United States, could lead to the expansion of the zone of bloody chaos and entail numerous human tragedies,” the document says. “France and other European states are, 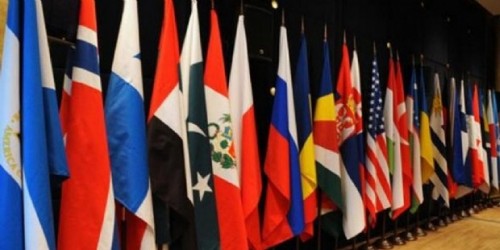 as a matter of fact, reaping the consequences of Washington’s nearsighted and selfish policy.” “The problem around the U.S.-led coalition is that despite the fact that they declared its goal in fighting exclusively the Islamic State and other terrorists and pledged not to take any action against the Syrian army (…), analysis of the strikes delivered by the United States and its coalition at terrorist positions over the past year drives us to a conclusion that these were selective, I would say sparing, strikes and in the majority of cases spared those Islamic State groups that were capable of pressing the Syrian army,” he said. “It looks like a cat that wants to eat a fish but doesn’t want to wet its feet. They want the Islamic State to weaken Assad as soon as possible to force him to step down this or that way but they don’t want to see Islamic State strong enough to take power.”

That the U.S. was not seriously fighting the Islamic State was obvious to any observer but it is now a public position stated by Russia and the U.S. will have to react to. U.S. Secretary of State John Kerry said on Tuesday his country is starting an operation with Turkey to finish securing the northern Syrian border. “The entire border of northern Syria – 75 percent of it has now been shut off. And we are entering an operation with the Turks to shut off the other remaining 98 kilometers,” he said in an interview with Cnn. That is not much of a change at all. Crossing the border and smuggling will in future require either a Turkish secret service or Cia permit. A real change in the U.S. position will only come when its stops the support for the various forces fighting against the Syrian government. But that may require an even bigger shock than the attack in Paris or the downing of a Russian plane. Obama open to Russian cooperation in Syria if it focuses strikes on Is Russia said Wednesday that following the carnage in Paris it was now clear that global powers should unite without any preconditions on the fate of Syria’s embattled leader Bashar al-Assad. “It seems to me there are no longer any doubts that it is simply unacceptable to put forward any pre-conditions for joining forces in the fight against terror,” Russian Foreign Minister Sergei Lavrov said after meeting his counterpart from Lebanon Gebran Bassil in Moscow.