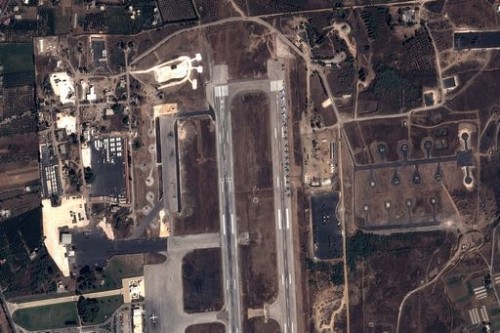 So Russia started its air strike in Syria and yesterday’s newsletter had been a political premonition… For ‘casino’, in Italian: ‘Ha fatto un casino’ means: ‘He made an awful row he messed everything up’. So, what’s this American casino? We will train the “moderation opposition”. But who is this moderate opposition? They are dozens of groups which report directly to the Cia and are under the sway of Islamist thinking. Then, we have another issue: This “moderate opposition” will be trained for one to two years, which means that the situation will be allowed to worsen for another year or two, until the planned force is ready to fight. It assumes that Daesh will freeze it activities and wait until such force is prepared, or will forfeit a continuous presence in that time. It is also hard to see a considerable force of moderate rebels coming together. It is most likely to become a mediocre force that has been made from scratch.

Also, how will the forces be controlled? How can it be guaranteed that they will go into Syria and engage with the terrorist forces? So this stupid strategy assumes that the horse will be waiting for the grass grows! So the American casino consists in weakening the Syrian regime during this period which will allow those “islamists” to get the power from a starving regime. Most probably we will get the happy end when the moderate opposition islamists will make peace with Isis Islamists and the movie would end with a warm hug between the two protagonists. For this reason we can say that the Russian strike had been a “coup de maître” which provoked the U.S. defense secretary reaction saying that it will inflame the Syrian war. It will not inflame the Syrian war it but will oblige the “moderate opposition” to sit with the Syrian regime to fight against the barbarian invaders like men and not coward people who are sending their report to the Cia unless they are other invaders. The Muslim Brotherhood used to do the same, where are they now?

Russian military jets have carried out air strikes in Syria for the first time, the defence ministry has said. The air strikes targeted positions, vehicles and warehouses that Russia believes belong to 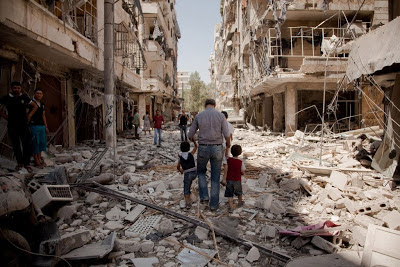 the Islamic State of Iraq and the Levant (Isil) group, ministry spokesman Igor Konashenkov told Russian news agencies. U.S. Secretary of State John Kerry complained to his Russian counterpart Sergei Lavrov after the strikes. Speaking on condition of anonymity, the official said Kerry told Lavrov that the Russian move “runs counter to their stated efforts of deconfliction and is not helpful to that effort.” Moscow claims Syrian-piloted Russian jets are targeting Isis, but Syrian activists post video showing attacks in areas controlled by rebels opposed to Bashar al-Assad.

On the streets of Latakia there were celebrations. In Hama and Homs, there was panic. All knew that the moment would come when Russian jets joined the war, dropping their bombs far from Islamic State (Isis) forces. “They’re all terrorists,” said Saleh al-Tartousi, an import contractor based in Latakia. “They should not be spared mercy. “Elsewhere in the city, opposition members said the targets proved Moscow had no intention of confining its attacks to Isis, despite its earlier claims, and that it saw non-jihadi rebel units as an even bigger threat to the regime’s survival. “I am living in an area under the regime’s control,” said Latakia resident Abu Mohammed, 27, a supporter of forces trying to oust Assad. “And I can tell you they are very happy about what is happening. They feel proud of all of the bombing and the killing [of]the civilians. The regime hates us more than Isis. They consider us the real enemy. “No one can leave the areas that have been bombed,” he added. “These people have nowhere to go. If they leave the (targeted) towns, they will be arrested at regime checkpoints immediately. Everybody has decided to run and hide in different homes. They are trapped like rats in a hole.”