So we have now a “34 countries new coalition” led by Saudi Arabia to protect Islam from groups that “terrorise the innocent”. But we have lot of interrogation marks:

1) Why didn’t we have like a summit in which such a big decision could be taken?

2) Why Iran is not present? Isn’t a Muslim country? Or is Saudi Arabia gathering the Sunni part of Islam against the Shiites which will be considered among the terrorists?

3) Why Syria is not present or is the destruction of the terrorist Assad regime one of the targets of this coalition?

4) Does it mean that Saudi Arabia is giving to Turkey the green light to attack Syria and Iraq under whatever pretext you can imagine? 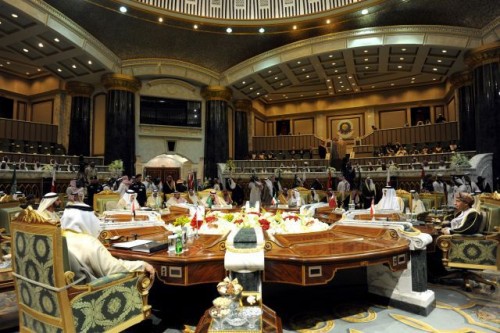 4) Why Iraq is absent too? Is it because Iraq refused the Turkish infiltration in the Iraqi territory? Now you have to watch what will happen. How did you dare to object?

5) Why all those terrorist supporters are included in this list: Saudi Arabia, Qatar and Turkey? It does not make any sense.

6) How Lebanon is included in this list? Is Hezbullah now a friend to Saudi Arabia? Will they fight against Assad?

8) If Saudi Arabia is really willing to fight against Isis and the terrorists they must reconcile with Assad and Iran and ask all the Islamic militias to go home with 10.000 dollars in their hand. Otherwise, nobody will believe them.

Muslim Nations Form Coalition To Fight Terror. Saudi Arabia announces the formation of a 34-country alliance to protect Islam from groups that “terrorise the innocent”. “The countries here mentioned have decided on the formation of a military alliance led by Saudi Arabia to fight terrorism, with a joint operations centre based in Riyadh to coordinate and support military operations.” The announcement said there was “a duty to protect the Islamic nation from the evils of all terrorist groups and organisations whatever their sect and name which wreak death and corruption on earth and aim to terrorise the innocent.” Iran, a mainly Shia Islam country, was absent from the list. Saudi Arabia’s defence minister said that the coalition will not just confront Islamic State, but “any terrorist group in front of us”. He added that the coalition will coordinate with the major world powers and international organisations, according to Reuters. The announcement of the coalition comes after Saudi Arabia succeeded in bringing Syria’s disparate opposition groups to the negotiating table.

Countries involved in the coalition (34 countries):