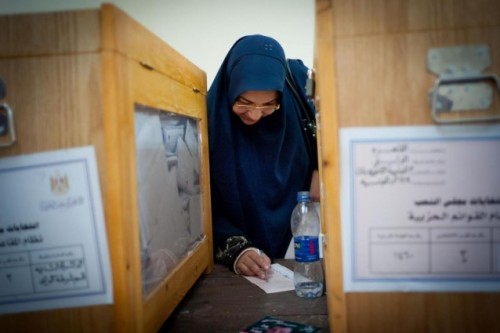 People went to choose 222 (+4 already chosen in the first round) individual representatives on the 27th and 28th of October. What happened? Ballots for 13 individual seats will go through another vote after a court ruled their results void. The seats consist of four in Damanhour, four in Alexandria, and five in Beni Suef. Initial results of Egypt’s run-off vote show parties gain firm footing. Preliminary results show that parties have gained over half of the 226 seats contested by individual candidates in the vote:

Waft Party. The almost 100-year-old liberal Wafd Party won 17 seats, according to its media advisor Yasser Hassan. “It is a very healthy phenomenon to have a big number of parties winning in the face of independents,” assistant secretary-general of the Free Egyptians Party Ayman Abu Al-Ella told Ahram Online.

Nour party. The Nour Party, the only Islamist party standing in the vote, won 10 seats, mainly in the governorates of Beheira and Alexandria where they court massive popularity.

Liberal Social Democratic. The liberal Egyptian Social Democratic Party, which won 23 of the 2011 parliament’s 508 seats, only secured 3 places in the poll. The three liberal political parties – alongside the electoral coalition entitled For the Love of Egypt – are now in a good position to form a major secular force in the coming parliament.

Islamist Nour Party performs poorly in first stage of Egypt’s parliamentary. In a phone call with Al-Mehwar TV on 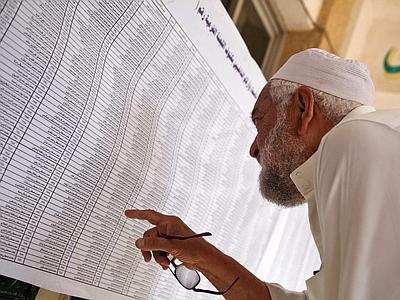 Thursday, Nour Party chairman Younis Makhyoun criticised media outlets for their attacks on his party and voiced his disappointment in the 2015 elections. “We managed to win 10 seats in Beheira, Upper Egypt and Alexandria despite the fierce campaign against the party from state-owned media as well as private outlets,” Younis said to the show’s host, Haytham Seoudi. “We also expect the number to rise as we have candidates running in the four constituencies in which elections will be repeated within 60 days,” he added. Younis also voiced his dissatisfaction and worries over the future of the parliament. “Unfortunately, the composition of the next parliament will not achieve the aspirations and hopes of the Egyptian people and will not signify a real representation of the Egyptian populace,” he said. “We will remain in the parliamentary elections to continue our mission, which is to reform as much as we can and not to give up despite attempts to exclude us from the political scene,” the party had said in an official statement.

Yasser Borhamy (Vice Chairman of the Salafist current): You succeeded to exclude the Nour party preventing us from representing the Islamists movement with less than 10% of its power! Comment: So according to him, they were expecting to get or they deserve 100 seats and not 10. Is he dreaming? Most probably the choc had been hard for him and his colleagues. They must land from their wonderland country. Or, in another version, this statement means: we will act as we are representing the majority (and God) and you must listen to everything we will say. It means that we reject the people’s will as the Muslim Brotherhood did when they refused the flagrant rejection of the Egyptian people. The brotherhood, instead of starting an aggiurnamento, they decided to fight against the Egyptians. We will create troubles in the country and we will prevent the regime from achieving important results. The people will be frustrated, they will start a revolution and we will join them!!! 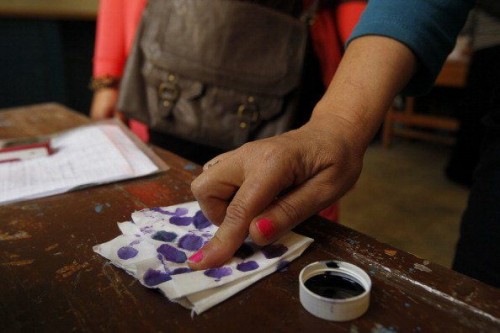 The Copts. Preliminary results also show that at least three Coptic candidates, Tadros Qaldus, Ihab Ramzi and Mikhail Helasilasi, won in Upper Egypt governorates. The Upper Egyptian governorate of Minya alone saw 10 Coptic candidates competing in the run-offs, in an unprecedented phenomenon especially for a tribal province like Minya that regularly makes headlines for its sectarian tensions. There are more than 10 other Coptic candidates partaking in the run-offs for individual seats. In the 2012 parliament, only seven Copts won seats in the legislature and another five were appointed, bringing the total number of Coptic MPs to a dozen. Ishaq Ibrahim, the Egyptian Initiative for Personal Rights officer for freedom of religion and belief explained that the dismantling and weakness of Islamic blocs and the high density of Coptic populations in some provinces are the reasons behind why 20 Coptic candidates have made it to the run-offs.

He said that when a large number of seats are assigned to individuals, voters often choose based on religious identity, added that he expects campaigning for the run-offs to mostly feature religious messages because Coptic candidates will be running against Muslim ones. Ibrahim believes that the falling popularity of Islamists may be in the interest of the Copts in the run-offs. Naguib Sawiras (Free Egyptians founder): These free elections occurred even if the turnout was low, but it was not possible to be done fairly if the revolution of 25 January would not happen. No need to attack these elections. The 25 January revolution will remain the people revolution against a dictatorship and for freedom and justice. As the Muslim Brotherhood failed to steal, any attempt to marginalize it will fail. The second and final stage of the elections in the remaining governorates will take place on 21 and 22 November, with run-offs, if necessary, due on 1-2 December.