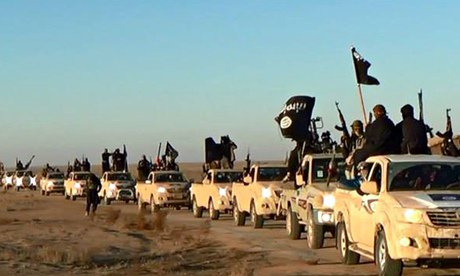 1) Why did Isis terrorists punish Russia for its military intervention in Syria and did not punish the United States and other allies?

2) Why did Isis succeed to achieve an outstanding expansion under the American eagle eyes?

3) Why did Isis buy 60.000 Toyota cars through some American allies?

4) Why Obama did say in a radio interview that there may have been a bomb on the plane and why didn’t he indicate precisely its location and how it had been put?

5) Why, when Obama had been asked if Russia had stirred up a hornet’s nest with its military action in Syria, he said, “That’s a big question.” (Is it a big question or a big warning to Russia? Get out from Syria and your planes will be safe)

6) Why did a Muslim Brotherhood leader Gamal Heshmat predict from Turkey: After (Sisi) visit to New York and London, the Russian plane explosion and the withdrawal of the British and Russian tourists and civilians (from Sharm), the countdown for an international military intervention in Sinai and Suez Canal Zone began”?

8) Why did ISIS announce the downing of Russian airplane, killing of more than 220 Russian crusaders on board. Soldiers of the Caliphate were able to bring down a Russian plane above Sinai Province with at least 220 Russian crusaders aboard. They were all killed, praise be to God. O Russians, you and your allies take note that you are not safe in Muslims lands or their skies.The killing of dozens daily in Syria with bombs from your planes will bring woe to you. Just as you are killing others, you too will be killed, God willing.

10) Why is the hotels occupancy rate in Sharm still 75% after the Russian plane explosion?

11) Why the Egyptian Tourism Chamber did said that Russian plane crash could hamper tourism recovery in Egypt?

12) Why are the Western countries punishing Egypt for this disaster and are not supporting us? The terrorists are targeting Russia as well as Egypt to let us kneel in front of them, in front of the Saudi Arabia King and in front of the American Caesar? If you have to support you must support, not only with words.

13) Why are they so angry because the Salafists, the last hope for the Muslim Brotherhood to return, failed to get a reasonable representation in the new parliament at least in the first phase? Is it time to start or re-start plan B, the military intervention? Are they still sure that: “Nothing will stop us”?

14) Are we still under Khairat el-Shater MB leader choice before Shafiq/ Morsi elections about the easy way and the hard way. The easy way, in Shater’s view, would be for Mohamed Morsi to win a fair election. The hard way would the Shafiq’s election because the Egyptian people “will not accept Shafiq as president,” he said flatly (!!!). “From the first day of the announcement, people will be back to Tahrir Square. If the choice of the people is to protest, we will join the people.” He warned that foreign countries shouldn’t make quick moves to recognize Shafiq. (Why do we do the elections ya Shater? Shater is actually in jail. In fact, Shafiq won and the United States said that Morsi must win).

15) Why does El Shater warning remind me Saudi Arabia foreign minister warning few weeks ago who said that: There is no future for Assad in Syria. “There are two options for a settlement in Syria. One option is a political process where there would be a transitional council. The other option is a military option, which also would end with the removal of Bashar al-Assad from power.” He noted that a military option would be a lengthier and more destructive process, but the “choice is entirely that of Bashar al-Assad.” It means that he must leave by the easy way or the hard way and it means that we will rule Syria the easy way or the hard way.