President Barack Obama issued his most passionate denunciation yet of Isis, vowing to “destroy” the group in a relentless, strong and smart campaign that is consistent with the nation’s values. But the speech — intended to reassure a nervous nation — didn’t announce an overhaul of a policy that critics have branded insufficient to take on the evolving threat. Last week’s mass shooting in San Bernardino, California, was a terrorist attack by a couple who had gone down the “dark path of radicalization” and embraced a “perverted” form of Islam. “This was an act of terrorism designed to kill innocent people,” Obama said. “Here’s what I want you to know. The threat from terrorism is real, but we will overcome it. We will destroy Isil and any other organization that tries to harm us.” Doing so will allow the Syrian people and every country, including our allies, but also countries like Russia, to focus on the common goal of destroying Isil — a group that threatens us all.

But, there is still a part that must be translated in English

1) To prevent Turkey from supporting the terrorists 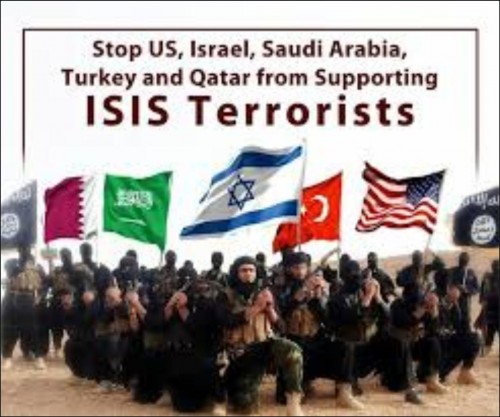 2) To prevent Qatar from supporting the terrorists

3) To accept the collaboration with Assad against the terrorists and to stop talking about the “moderate opposition” and to accept that the Syrian people are able to choose their president.

4) To do everything to make possible the important meeting between the Syrian regime and the opposition on the 1st of January, even if the US have to threaten Saudia Arabia.

5) To announce that the Muslim Brotherhood organization is a terrorist group and the mother of all terrorists and to stop dealing with Egypt with a “double face”.

6) Finally, to reach a final solution for the Palestinian problem at the expense of Israel interests.

We will defeat them

How many martyrs on our borders
our streets, the university, martyrs of every Friday
How many fathers, sons, babies,
How many times we will mourn 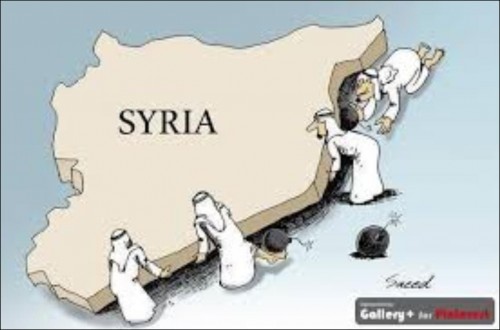 We are those who are saying it
Enough destruction, enough demolition
Enough burying our children
Enough terrorism

Long Live Egypt
Together against terrorism